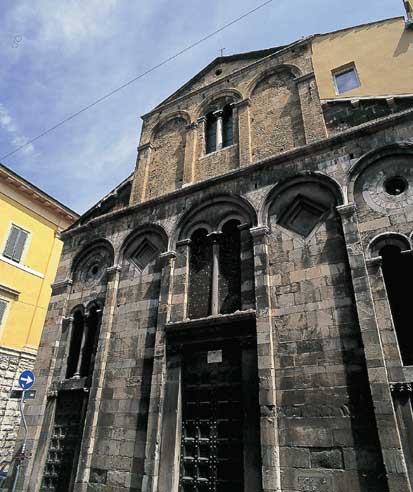 Via Cavour – Pisa
Currently undergoing restoration. The church is near Piazza della Berlina.

Built at the behest of the Augustinian Fathers in the late eleventh century and the beginning of the twelfth century on a pre-existing Christian church, the church is on two floors: a crypt underneath and elevated the church itself, which is accessed via a ‘ large scale. The crypt, whose tall columns suggest a Roman building used as a port and commercial functions, is divided by pillars and columns. The upper structure is three-aisled basilica with rich mosaic floor. The church has a bell tower which is derived from an existing tower house.