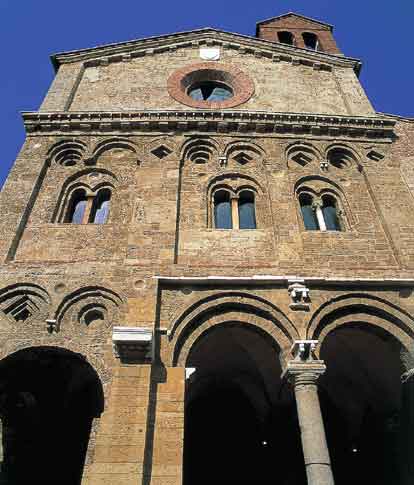 The abbey was reopened in October 2000 after lengthy renovations. The medieval building houses contemporary art exhibitions and musical concerts. The church is near Piazza Santa Caterina.

The Abbey of San Zeno is characterized by a set of stratigraphic architectural styles and orientations, as is clearly visible from the same side. It has very ancient origins and is located in a place once called "the caves", for the great multitude of ruins of ancient Roman Pisa. Benedictine Abbey, passed after the Order of the Camaldolese, in the early fifteenth century, underwent radical changes. The facade has a porch decorated with geometric motifs of Romanesque style. Behind the church is the ancient Porta San Zeno, also known as Porta Monetary Union in the thirteenth century because it is located close to the mint of the Middle Ages. The real door is walled Monetary, not far south and visible from the outside.